Turkmenistan and the Saudi Arabia strengthen cooperation in the energy sphere

On the 15th of March 2021, an online meeting was held between the Turkmen delegation headed by the Deputy Minister of Foreign Affairs of Turkmenistan B.Myatiyev and the Executive Director of Saudi company “Somo Al Mamlakah” Abdullah Al Shugair.   During the constructive conversation, the parties noted the commitment of two countries to the development of mutually beneficial relations in the oil and gas sector, chemical industry, as well as in the investment field. Thus, taking into conside...

During the period of 7 to 12 March, 2021, Delegation of Turkmenistan headed by Attorney General of the country participated in an online format in the 14th United Nations Congress on Crime Prevention and Criminal Justice, held in Kyoto city of Japan. High-ranking representatives of over 150 countries-members of the UN and international organizations attended the event. Minister of Justice of Japan Yoko Kamikawa was elected as the Chairwoman of the Congress. Prime-Minister of Japan Yoshihide S...

Turkmenistan committed to constructive cooperation with the International Labour Organization

On March 10, 2021, the Minister of Foreign Affairs of Turkmenistan Rashid Meredov had a videoconference meeting with the Director-General of the International Labour Organization (ILO) Guy Ryder. During the meeting, the parties discussed the key directions of cooperation.  The impact of the global pandemic on the socio-economic processes in the world was discussed, as well as the opportunities of cooperation on the regional and international levels.  In this regard, the actions of Turkmenista...

On March 5, 2021, the Minister of Foreign Affairs of the Republic of Turkey Mevlüt Çavuşoglu arrived at Ashgabat on a two-day working visit. On March 6, in the framework of the visit, the head of the foreign policy agency of Turkey was received by President Gurbanguly Berdimuhamedov. President of Turkmenistan highly appraised the level of relations between the two countries, based on the principles of friendship, brotherhood and mutual respect. Then the Minister of Foreign Affairs of the R...

On the 4th of March 2021, the President of Turkmenistan Gurbanguly Berdimuhamedov participated to the 14th Summit of the Economic Cooperation Organization which was held via videoconferencing. It is vital to note that the chairmanship in ECO in 2021 has passed to Turkmenistan. The heads of states and governments of ECO Member States, as well as the chiefs of international organizations, particularly the Energy Charter and the Turkic Council participated to the Summit with the theme of “Region... 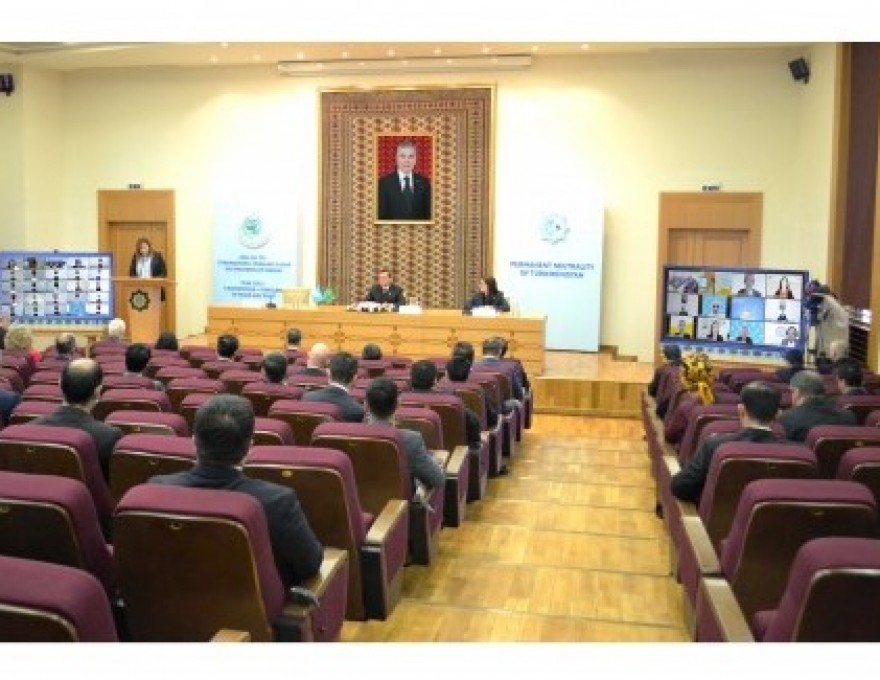 The International Conference “Turkmenistan and the United Nations: Cooperation for Peace and Trust” was held in Ashkhabad